Donate Online - The Time is NOW 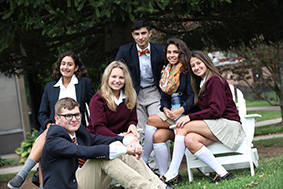 100% of our graduates go on to study at four-year colleges and universities around the nation.

On average, our graduating seniors are awarded more than $2.9 million in merit college scholarships.

Make a contribution to the Renaissance Campaign today!