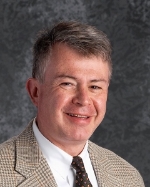 Mr. Crane continues to coach Lacrosse and teach Upper School History classes because he values the importance of staying connected with both students and faculty. As a member of the History Department he has taught Advanced Placement European History and United States History, as well as a number of required Middle and Upper School classes and electives. He was also the recipient of two Richard E. Diamond Faculty Enrichment Grants. Mr. Crane has also coordinates the annual Grade 9 London trip since its inception and serves as a Grade 12 advisor.

An independent school graduate, Mr. Crane attended the Nichols School and the Hopkins School. Before joining the Academy faculty, Mr. Crane worked at Lawrence Academy in Groton, Ma and the Gow School in South Wales, NY. He currently serves as the Vice President of the Staten Island Historical Society's Board. He is married to Caroline Stirn Crane '83 and the father of Claire'15 and Charles '22. 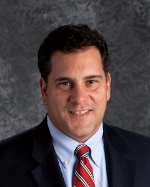 Mr. Michael Acquilano is the Assistant Director of Upper School and Director of College Guidance. He holds a Bachelor of Arts in History from Hobart College and a Master of Arts in History from Rutgers University. Mr. Acquilano came to the Academy in 1997 as Director of Development. One year later, he added college advising and teaching to his responsibilities. As a member of the History faculty, Mr. Acquilano has taught United States History as well as numerous Upper School elective courses. Also at the Academy, Mr. Acquilano serves as the Girls Junior Varsity Lacrosse Coach.

Prior to joining the Academy, Mr. Acquilano spent six years at Wagner College, four in the admissions office as Associate Director of Admissions and Assistant Director of Admissions and two in Development. He was an Admission Counselor at Hobart College and is a Past President of the Hobart College Alumni Association. Other outside interests include history-related travel and serving on the Board of Directors of the Conference House Association on Staten Island. Mr. Acquilano and his wife, Giovanna, are the proud parents of three children, all of whom are Academy students, Grace ’18, Kate ’22 and Nicholas '26. 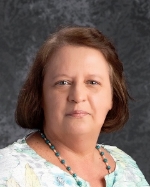 Mrs. Large joined the Academy in 1992 as the Summer Camp Secretary and became the full-time Upper School Administrative Assistant that fall. As the mother of an Academy student, now alumnus, Mrs. Large served as Parents’ League President and chaired or co-chaired a number of the school’s fundraising events.

Mrs. Large serves as the Administrative Assistant for the Upper School and works closely with Director of College Guidance, Mr. Michael Acquilano, processing college applications, transcripts, and recommendation letters for all of our seniors. Mrs. Large also serves as House Program Coordinator.

Of her work, Mrs. Large says, "There are so many things to like about my job…the opportunity to interact with, and learn from, young people on a daily basis; the support and camaraderie of wonderful colleagues, a number of whom have become treasured friends; and the sense of wonder and excitement that accompanies learning make every day great!" 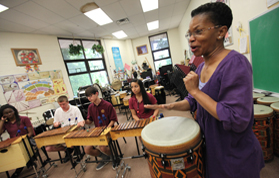 Our Faculty and Administration

The entire school community takes great pride in our outstanding faculty. We believe that these inspiring individuals are an integral part of the success of our program. Search our directory...

"SIA is a wonderful school where I knew that I was surrounded by adults who cared for me." Read more...