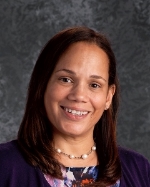 Lea Prendergast, formerly the Head Librarian, serves as the Director of Lower School. She taught Library/Research skills to students in Pre-K through Grade 4, as well as students in Grades 7-8. She served as a Grade 8 advisor and is currently the Diversity Coordinator and has been at the Academy since 2004. Ms. Prendergast began her career in 1989 as a New York City Elementary School teacher, and in 1994, she became a School Librarian. In 2000, after the birth of her second daughter, she left the NYC Department of Education and began working as a Universal Pre-Kindergarten Coordinator for a private school on Staten Island.

Ms. Prendergast has a dual BA in Education and Cultural Anthropology from Hunter College, a Masters in Library and Information Studies from Rutgers University, and over 45 Graduate credits in Education. In 2007, she was awarded a Diamond Grant to study the art of storytelling in Bleddfa, Wales. In 2008, she then worked with educators and scholars to develop curriculum-based lesson plans for the African Burial Ground National Monument. In 2011, she had the privilege of becoming part of the National S.E.E.D. (Seeking, Educational, Equity and Diversity) Project, where she received intensive training on how to incorporate, honor and celebrate diversity in and out of the classroom. In 2012, she became a member of the NYSAIS (New York State Association of Independent Schools) Diversity Committee, whose function is to develop workshops, conferences, materials and other resources for teachers and administrators who seek assistance in furthering their schools' diversity initiatives.

Ms. Prendergast is most proud of becoming a parent and recalls that, "Until I had children, I did not understand the demands of family life and was therefore unrealistic about some of the things I asked of my students and their families." As a parent of two Academy students - Emily ‘11 and Sandra ‘18 - and as the Lower School Director at Staten Island Academy, Ms. Prendergast stresses to all parents the value of playing with and reading to children every day. She also deeply values seeking out opportunities to grow and stretch. She thinks the Academy is a great place to teach and especially loves the physical environment. She says, "This school has a college-type campus peppered with small children twirling and singing to their next destination." Her challenge is always to take them and herself to the next level. 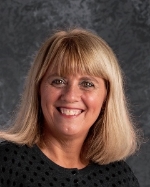 Mrs. Contini has worked at Staten Island Academy since 2008 and serves as Lower School Administrative Assistant. She is responsible for assisting the Lower School Director, faculty and students from Pre-K 3 through Grade 4 in both the Early Childhood Building and Alumni Hall. 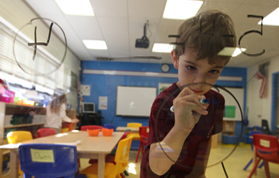 Our Faculty and Administration

The entire school community takes great pride in our outstanding faculty. We believe that these inspiring individuals are an integral part of the success of our program. Search our directory...

"My son absolutely LOVES Staten Island Academy. He's doing such fun and interesting things in the classroom." - Grade 4 Parent
Check out the video...